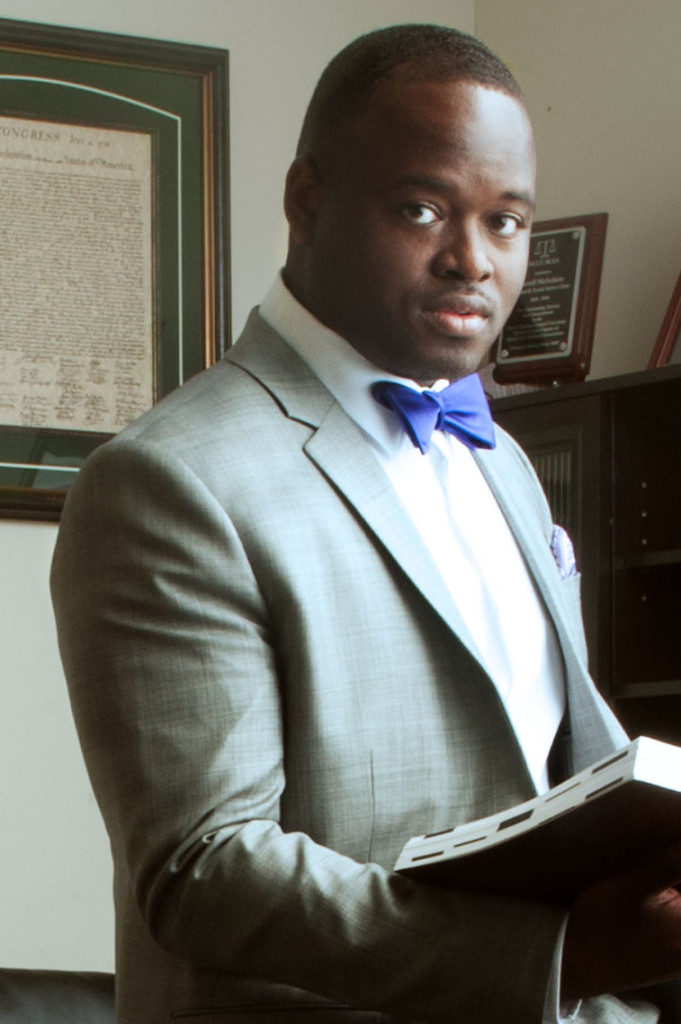 Mr. Nicholson is a native of Enfield, NC. He was educated in the public school system of Halifax County and later the Nash-Rocky Mount school system.

As a graduate of Northern Nash Senior High, Mr. Nicholson continued his education at Wake Forest University as a William Louis Poteat Scholar.

Mr. Nicholson worked as a Law Fellow for the National headquarters of the National Advancement of Colored People (NAACP) as well as a Legal Intern for the Commission on Security and Cooperation in Europe in Washington DC. A former Lobbyist/Community Organizer for Democracy North Carolina, Mr. Nicholson spent much of his life working on issues pertaining to voting rights, election integrity, and improving the public school system in North Carolina.

Mr. Nicholson went on to attend and graduate from North Carolina Central University School of Law, earning his law degree with a special certification in Civil Rights and Constitutional Law. While at NCCU, Mr. Nicholson served as Community Service Co-Chair for his legal fraternity, Phi Delta Phi, as well as Social & Political Action Chair, later President of the Black Law Student Association.

As an attorney, Mr. Nicholson hopes to help serve the people of North Carolina with passion and zeal. Mr. Nicholson believes that an attorney’s role in society is to be a servant who seeks to provide justice for everyone. Mr. Nicholson works hard to ensure that the justice system works for all by being a strong advocate for those who need someone to fight for them the most.